Sea Urchins have fascinated me for a long time – their texture, colour and fragility are irresistible, and drawing them is very satisfying. The first sea urchin creations began with a Studio 21 challenge to make a ‘drawing’ and an octopus I was making for my children’s Stitchclubs. I scanned and printed the collage onto cotton and loads of stitching and press studs later the first two urchins appeared.

While researching mystical creatures I read that sea urchins were thought to be dragon’s eggs which inspired the connection between the urchins and the dragons I was creating. 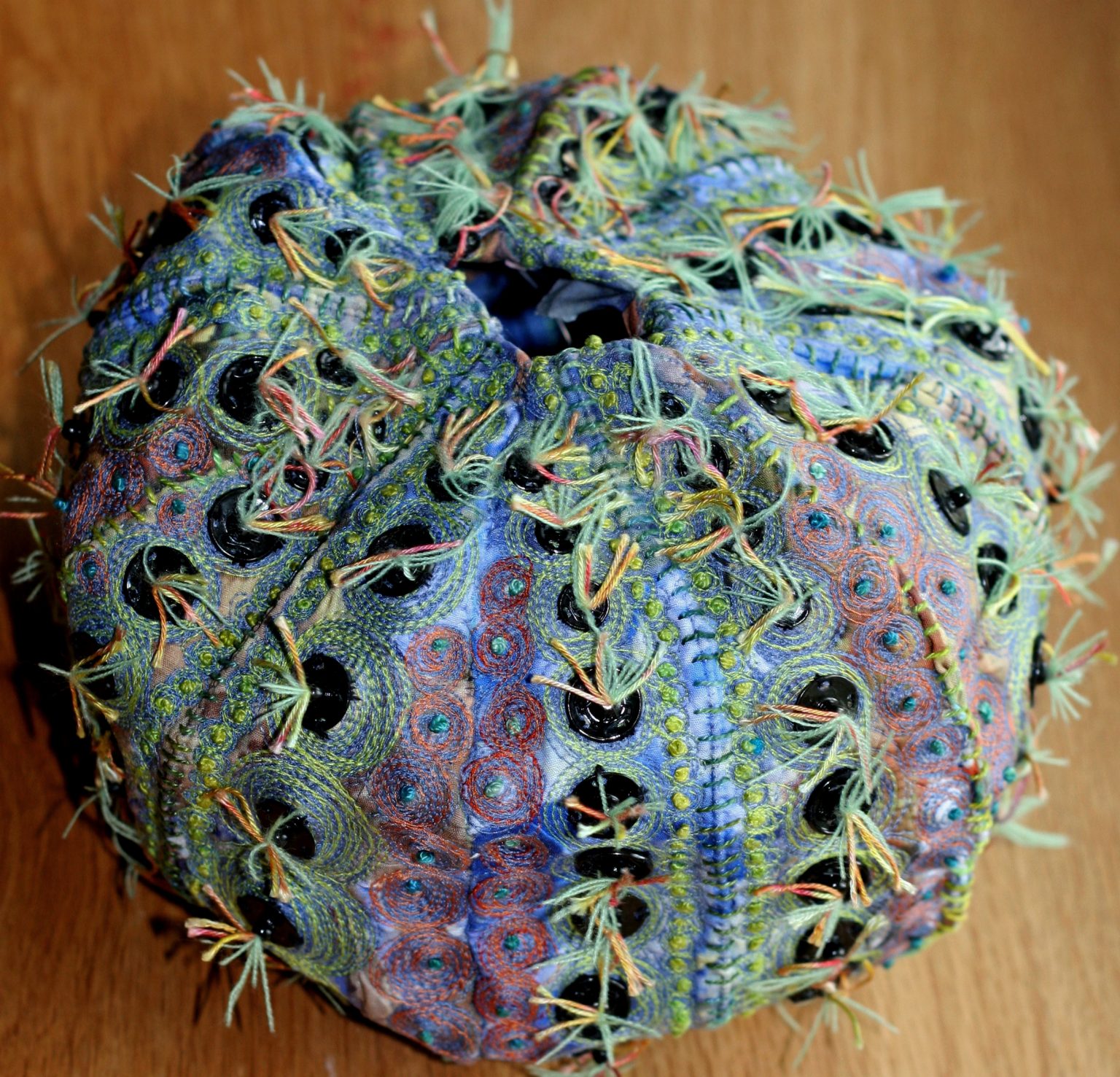 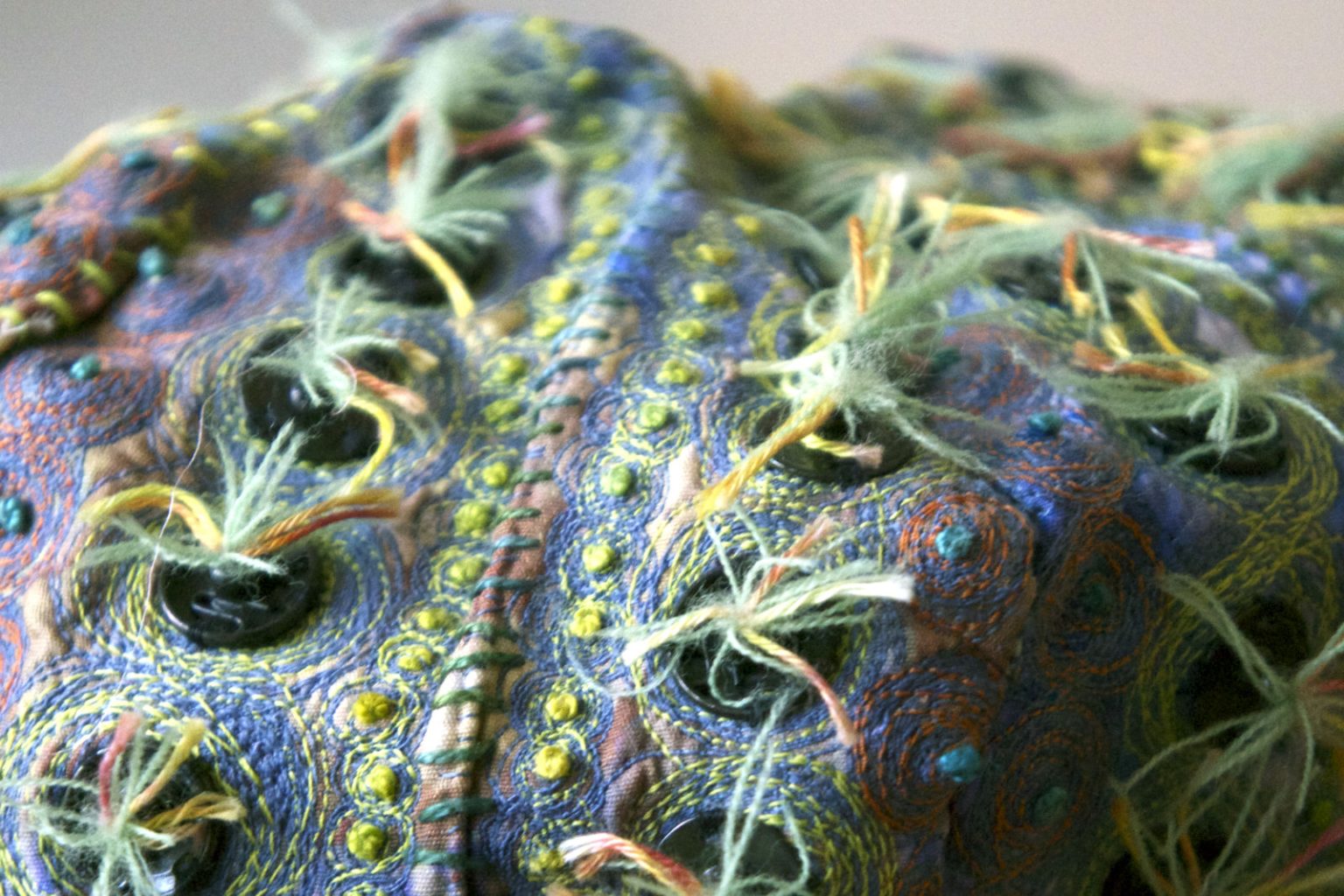 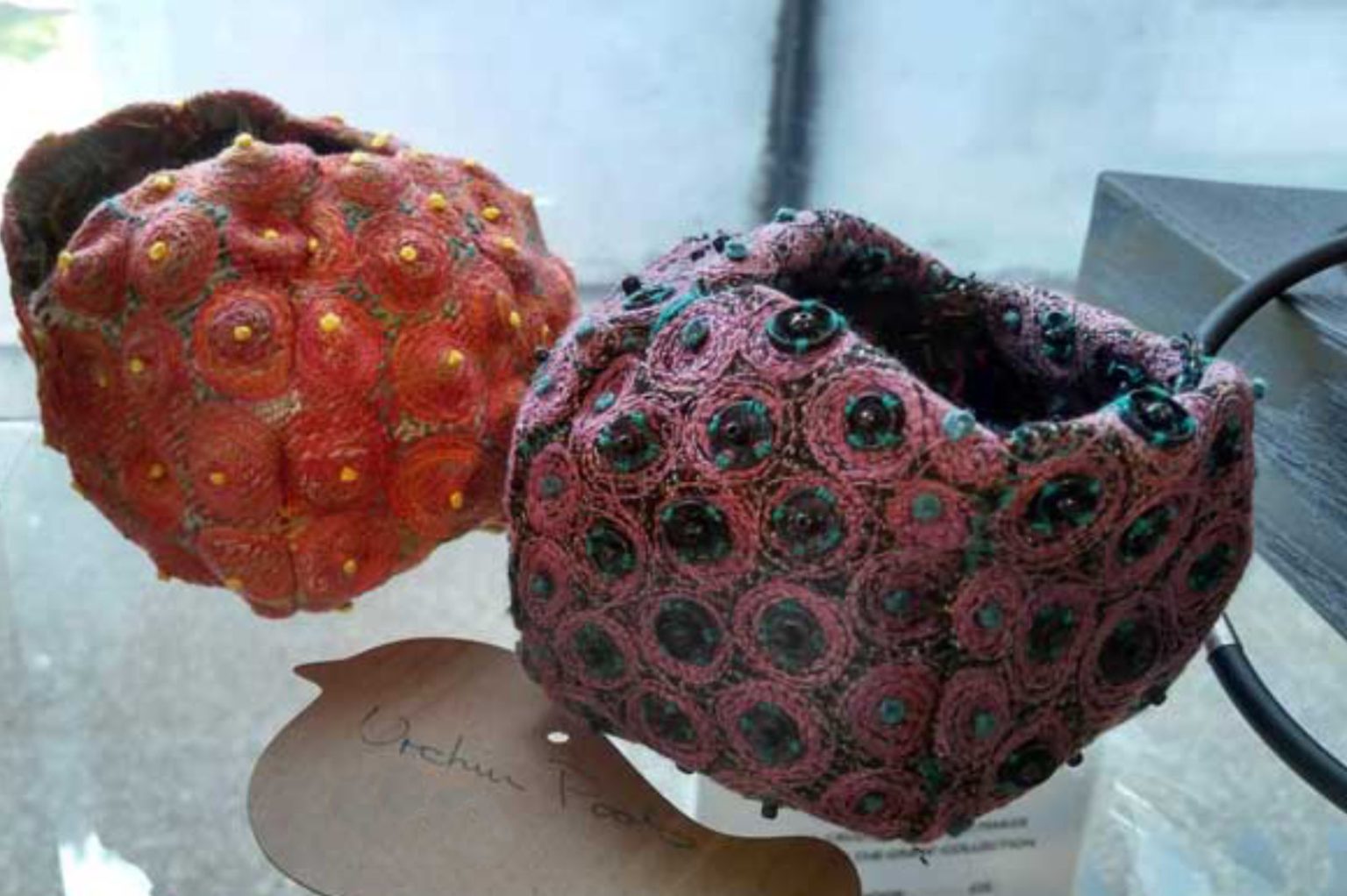 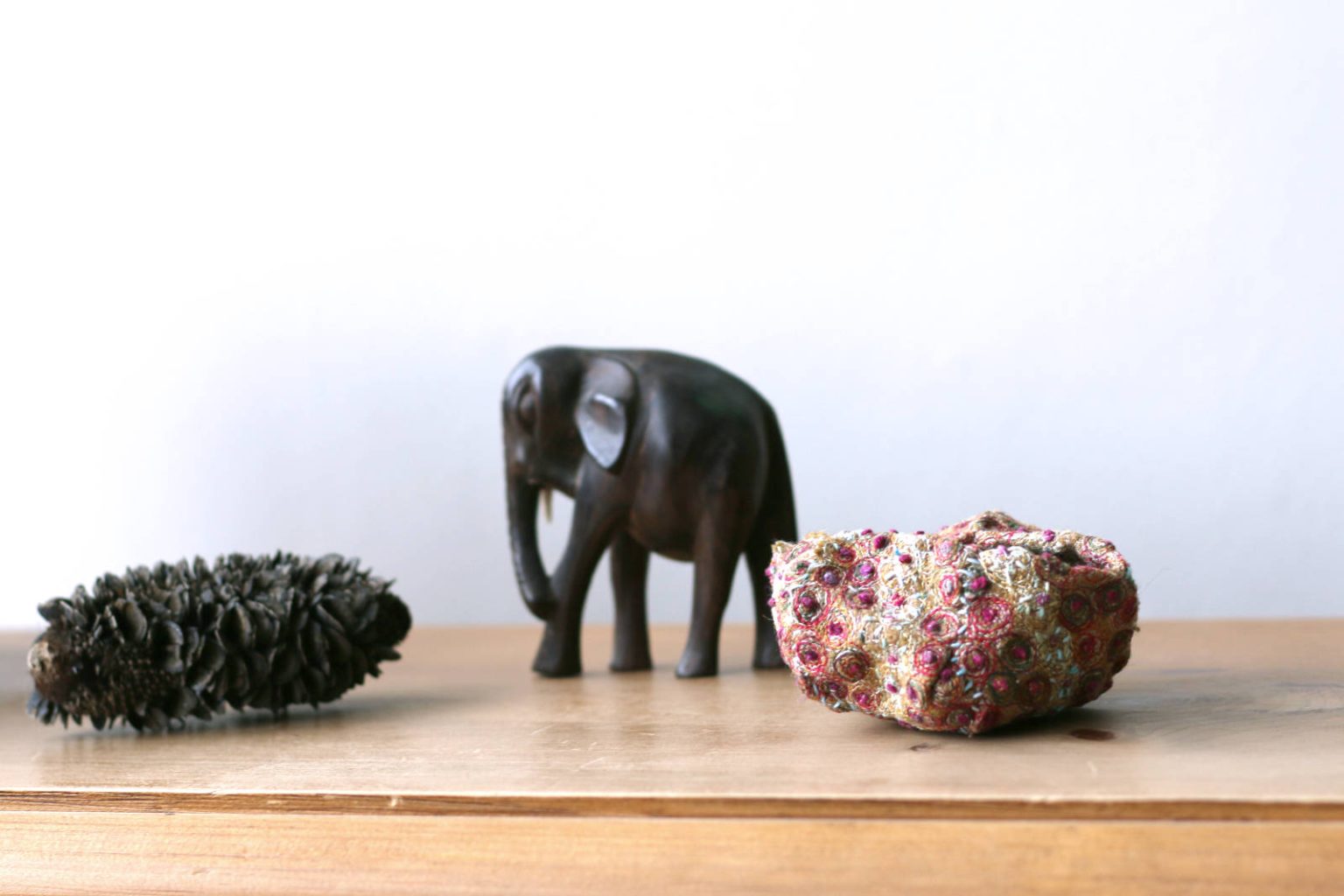 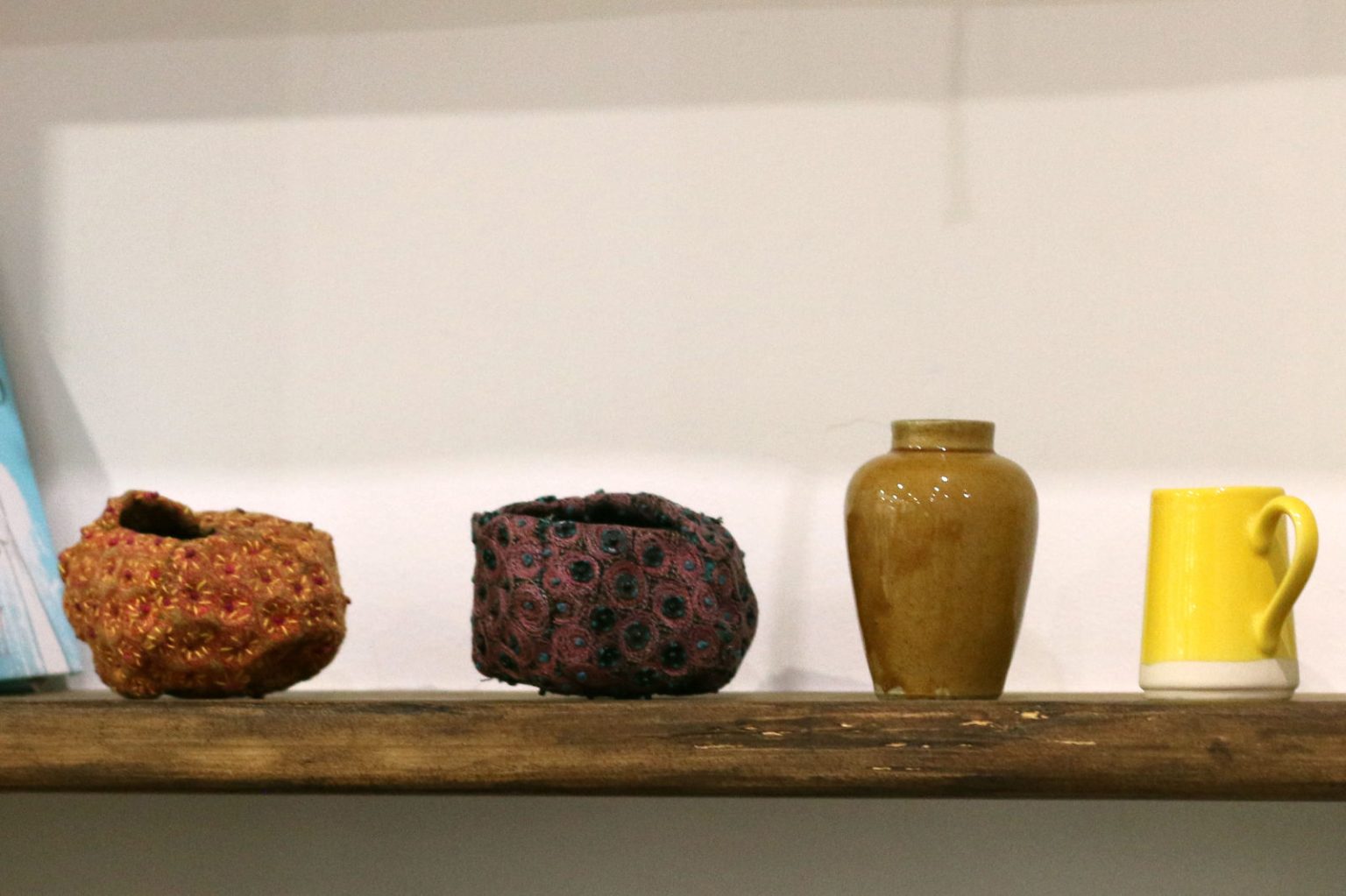 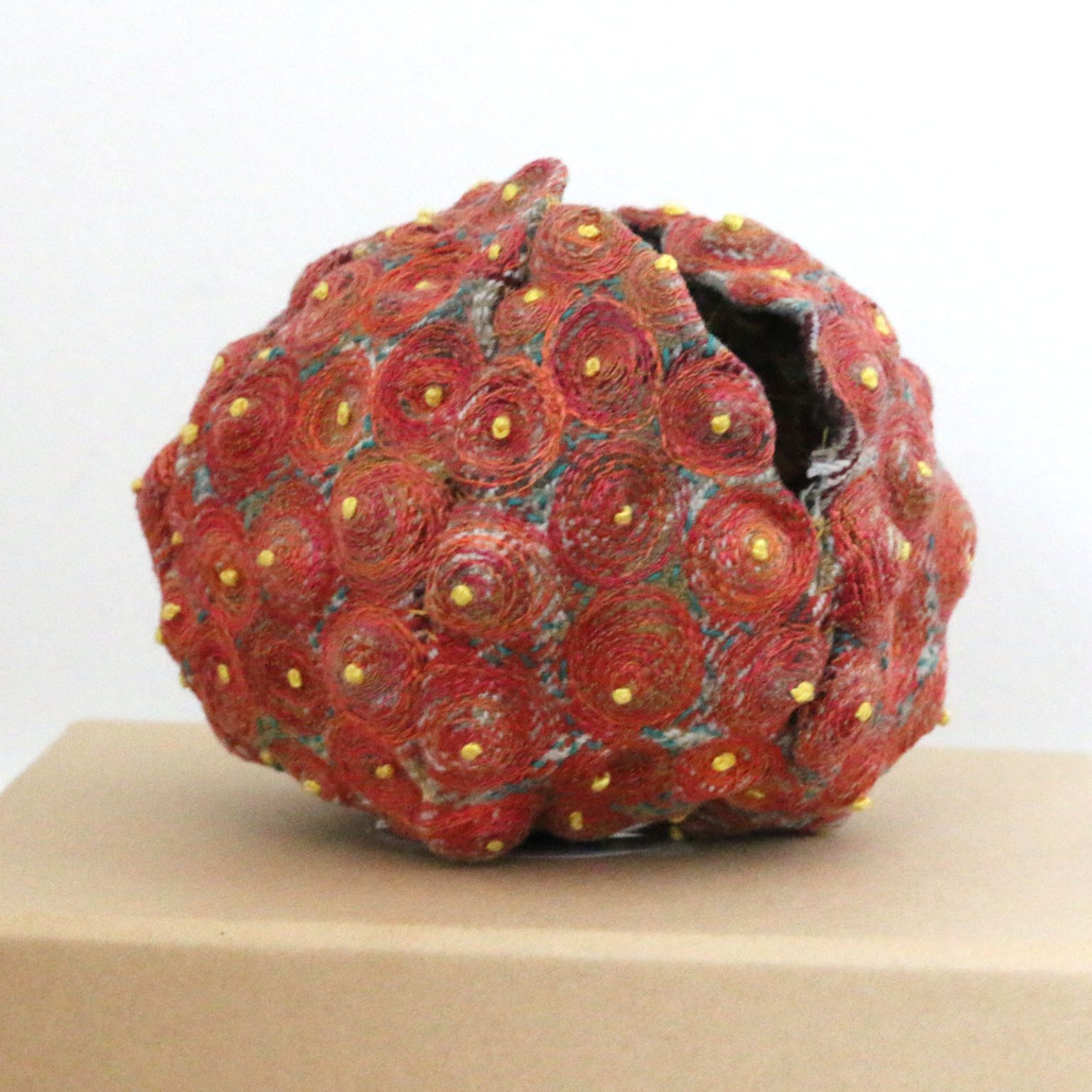 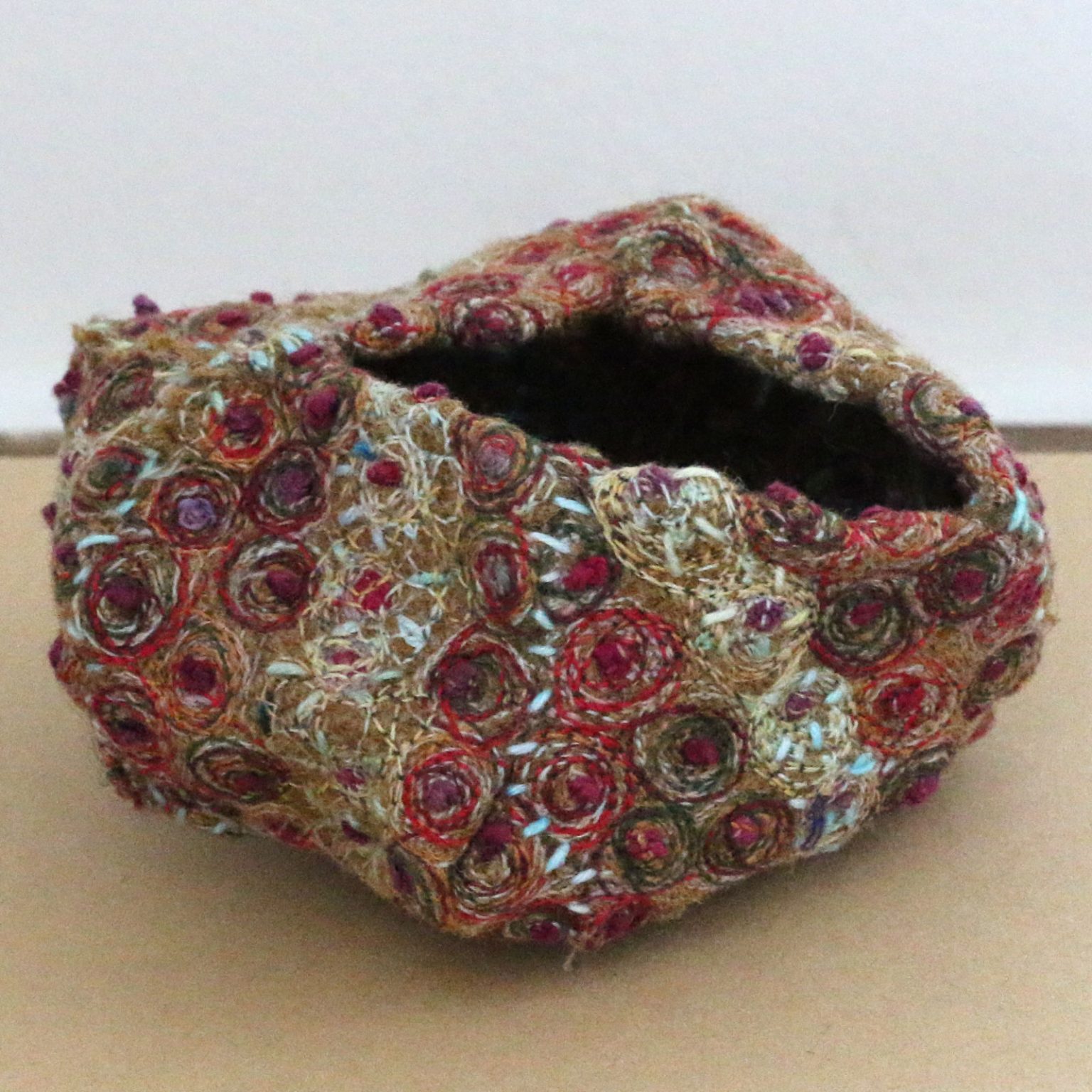 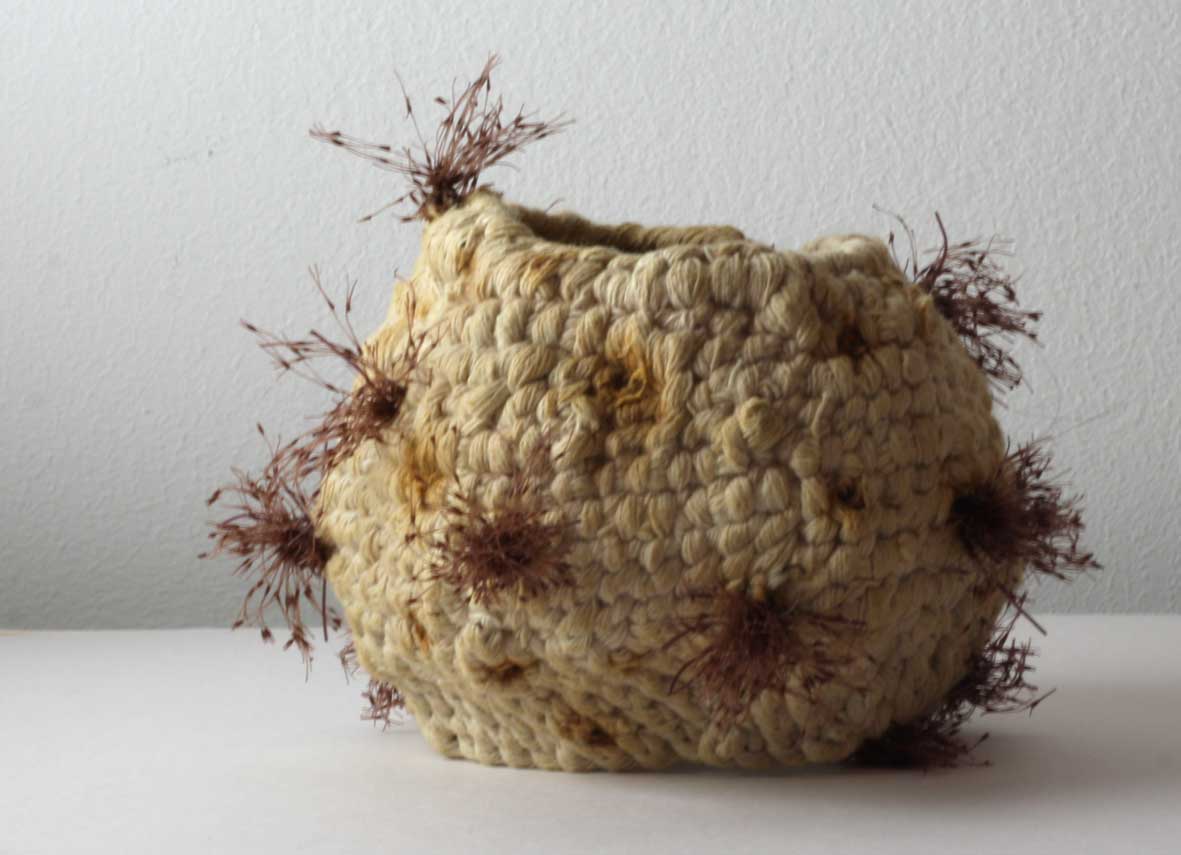 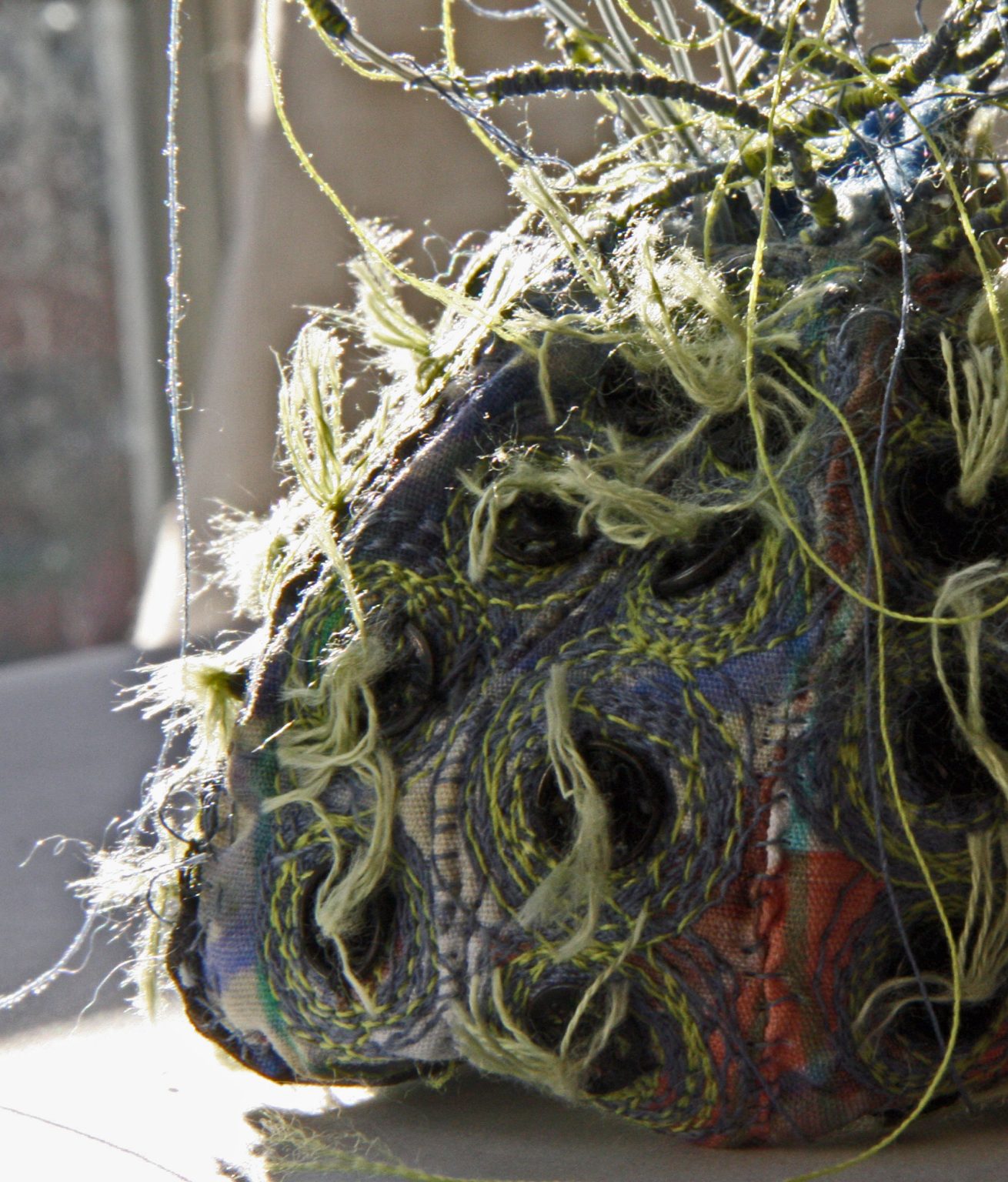 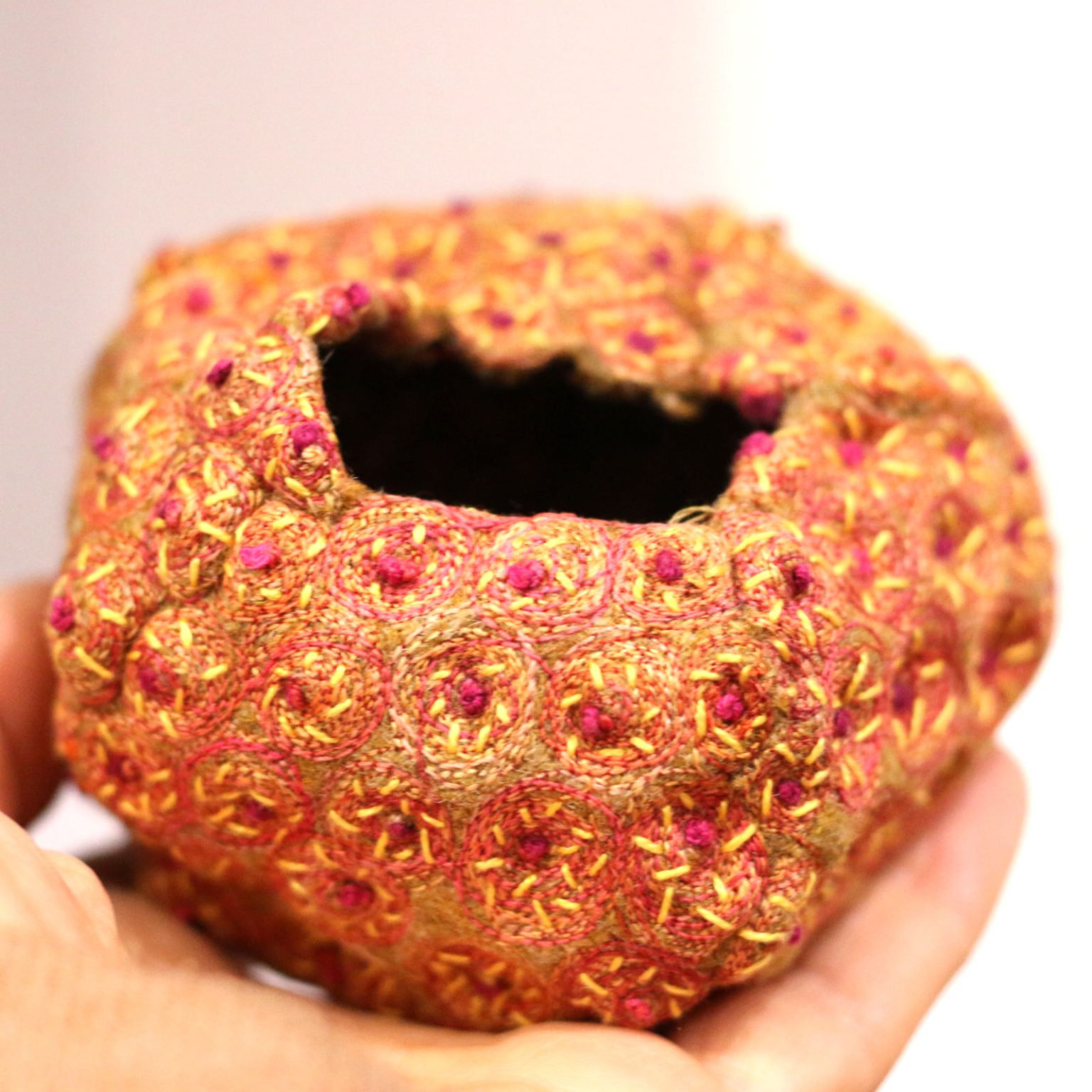