Conversations which were not there before have now taken place…

A new, collaborative work by Studio 21 based on the concept of ‘making work and passing it on’.

At our Studio 21 monthly meetings we are offered challenges and workshops to stretch and develop our work. The starting point for Chinese Whispers was a Seeing Sound and a Practice Development workshop. The resulting
mark making and then pass between members who responding to it and passed it on again. The resulting small pieces of work were circulated again – with unexpected and interesting outcomes.

The original work was passed between members of the group, responded to and passed on again. The practice of creating, changing scale or dimension and making something else is a great stimulus to getting new work started. The process of making marks, scanning, distorting, stitching and constructing led to the first of my urchin/dragon egg pieces. 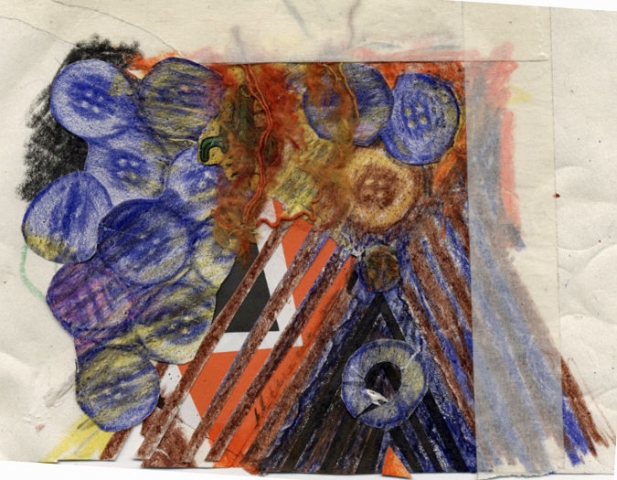 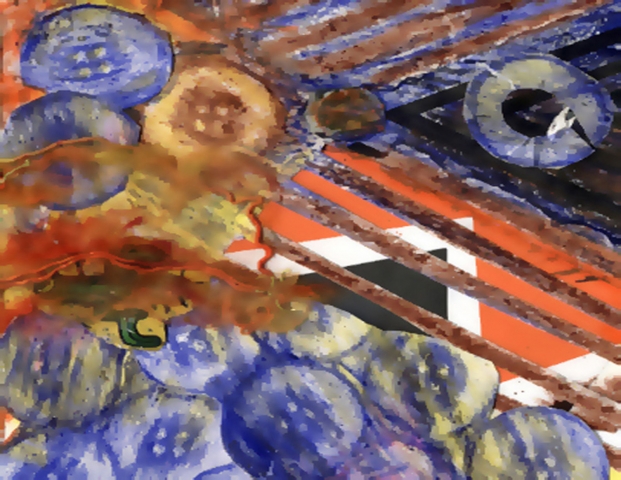 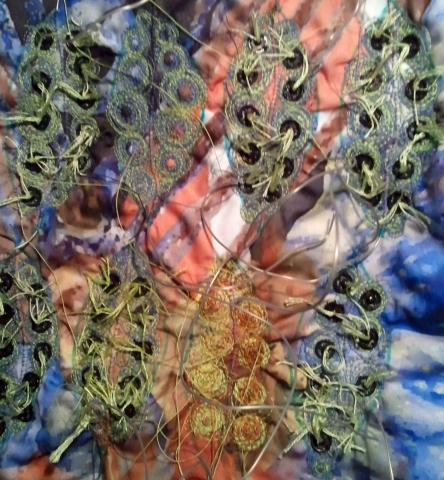 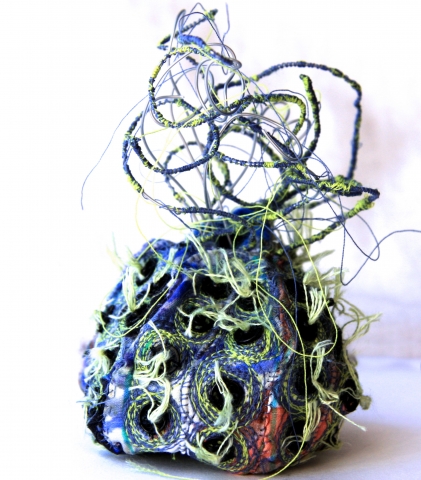 A selection of work in progress was shown at the Fashion, Embroidery and Stitch Exhibition in March 2013 and generated a great deal of interest. The main body of work was exhibited at South Hill Park Arts Centre, Bracknell, Berkshire in the autumn.