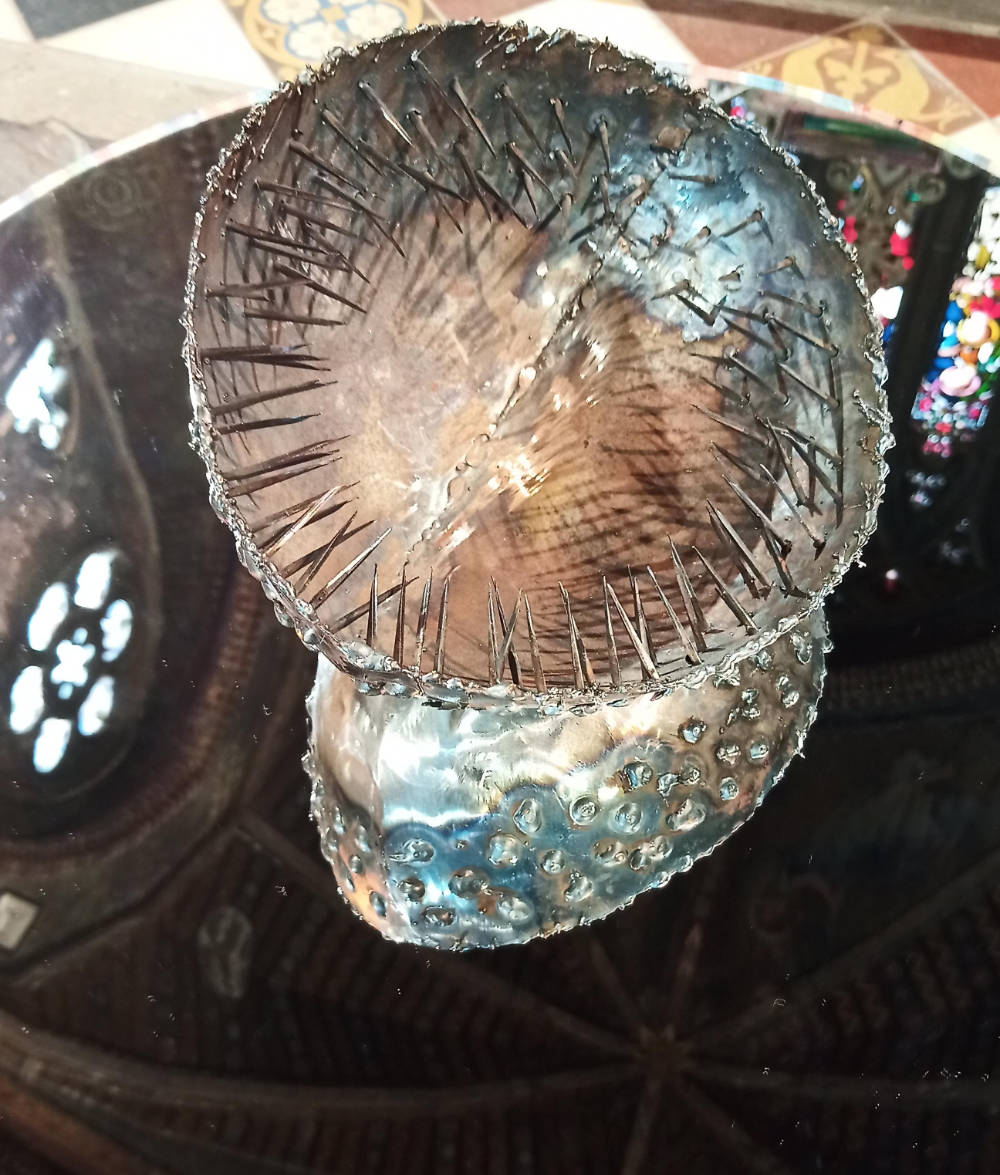 scared.protect.origin evolved while in the workshop of Brian and George Fell at the Yorkshire Sculpture Park. It builds on the sea urchins I have been creating in stitch and cloth in my practice. The contrast of their fragility and mystique with the visceral process of shaping and welding the steel inspired its evolution.

As I worked I recognised an immediate affinity with the steel and the methods used to shape and bond it. The sharp tacks were  initially intended to point outwards but they actually belonged inwards as the piece developed.

It was planned that the urchin ‘hold’ and protect a more fragile textile piece. I created several small pods, but none of them felt quite right and it became clear that the steel speaks most clearly on its own.

scared.protect.origin was exhibited as part of Studio 21’s Addressing Space: What3Words exhibition earlier this year as ///scared●enhancement●ended. A selection of its accompanying pods were exhibited separately. 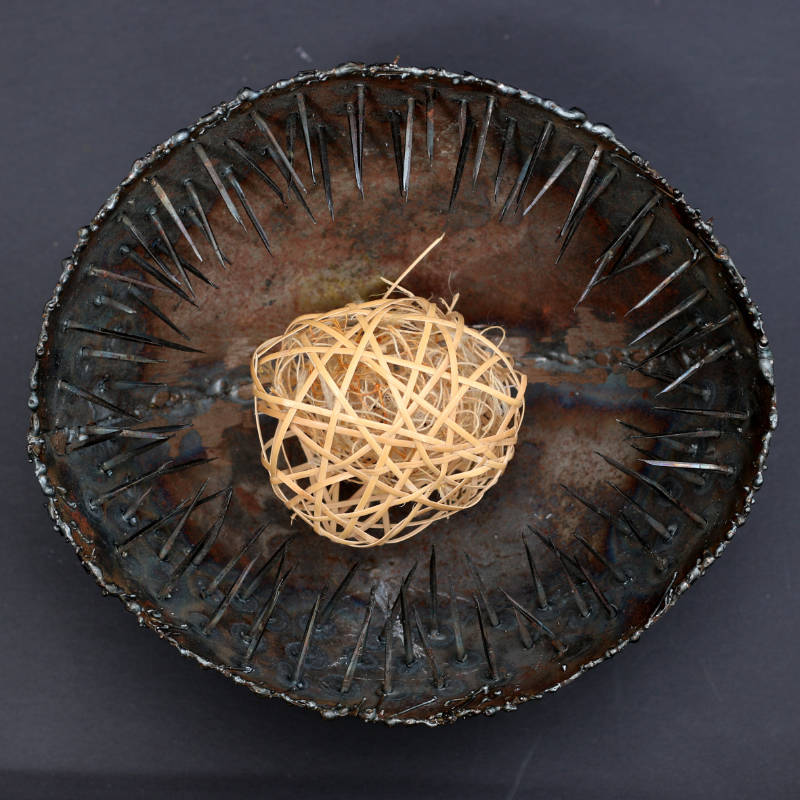 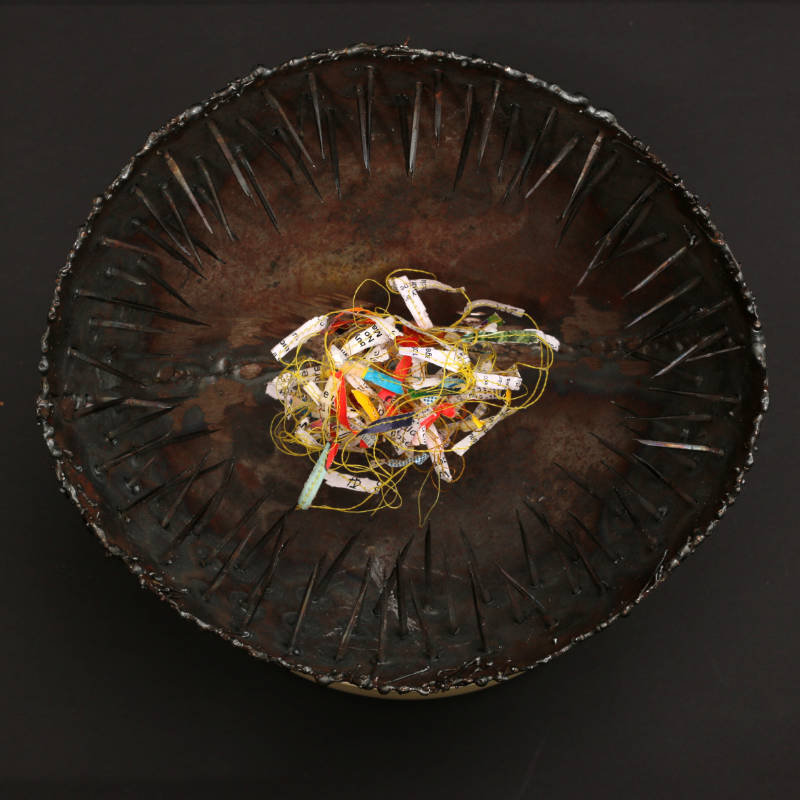 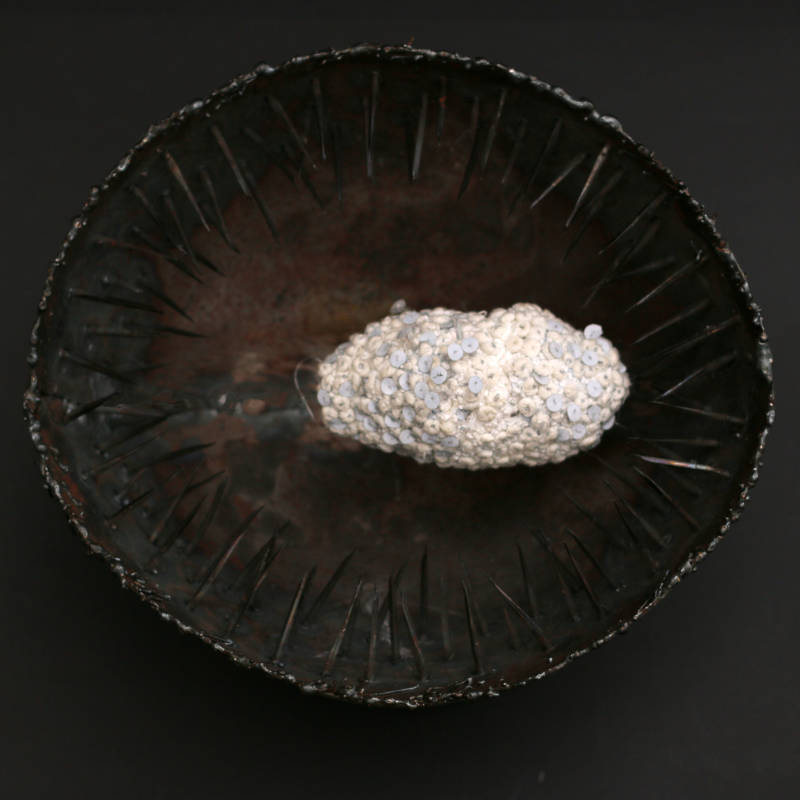 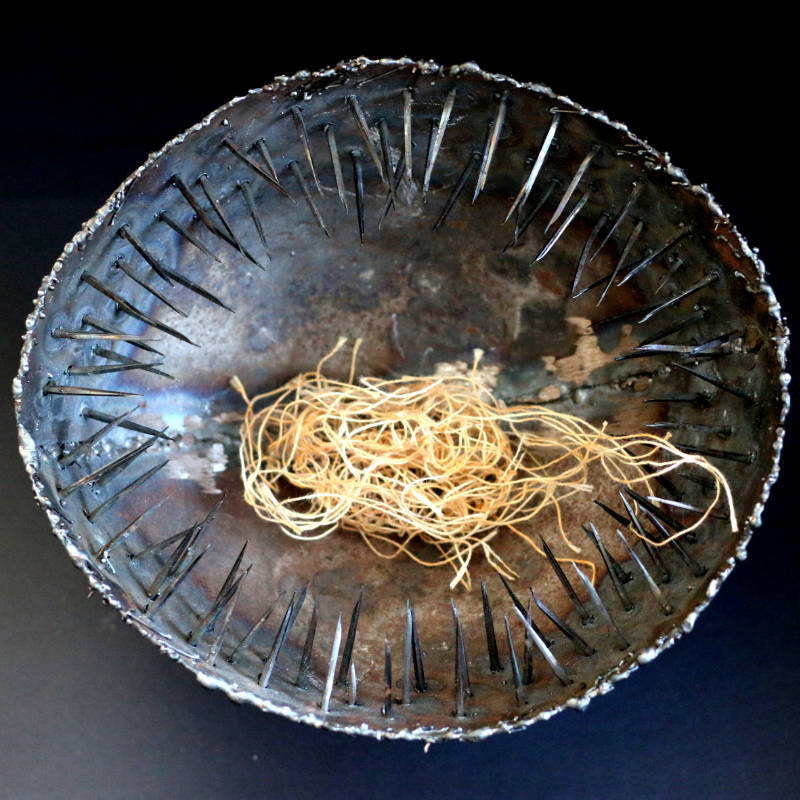 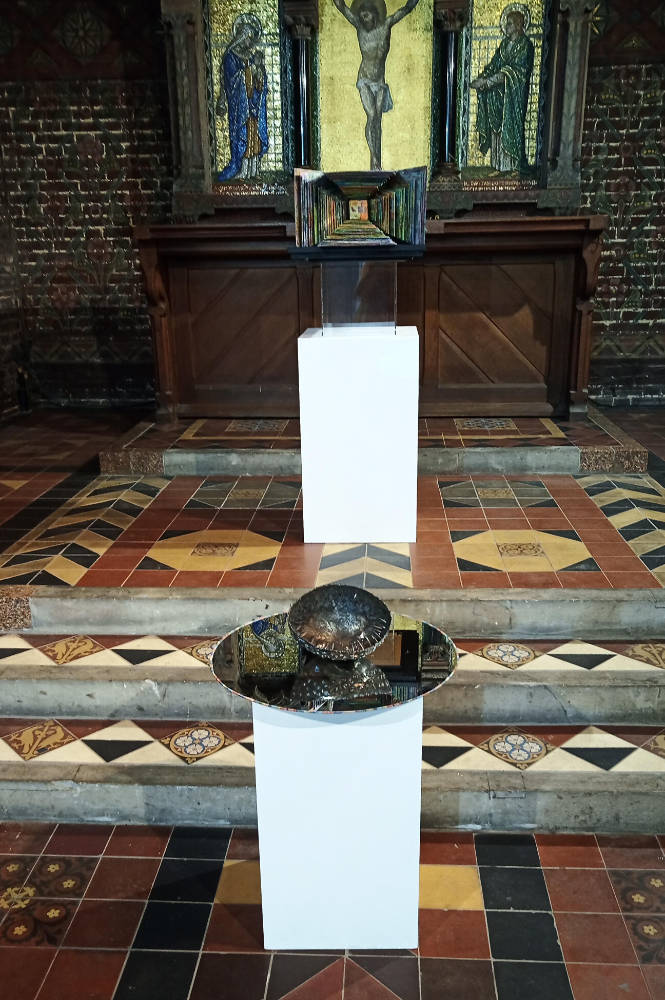 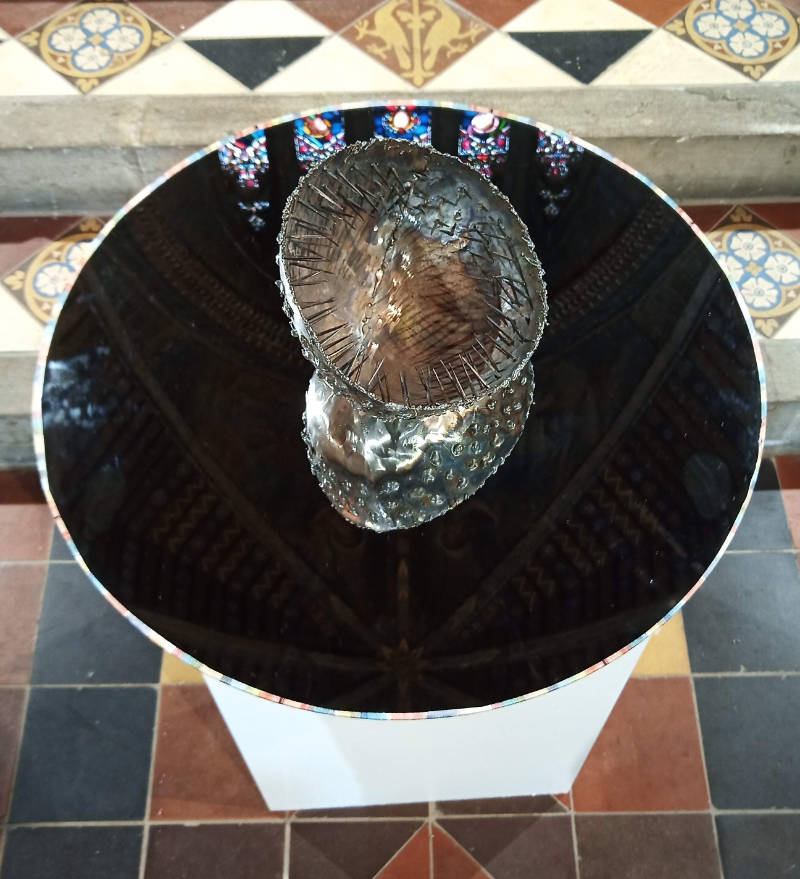 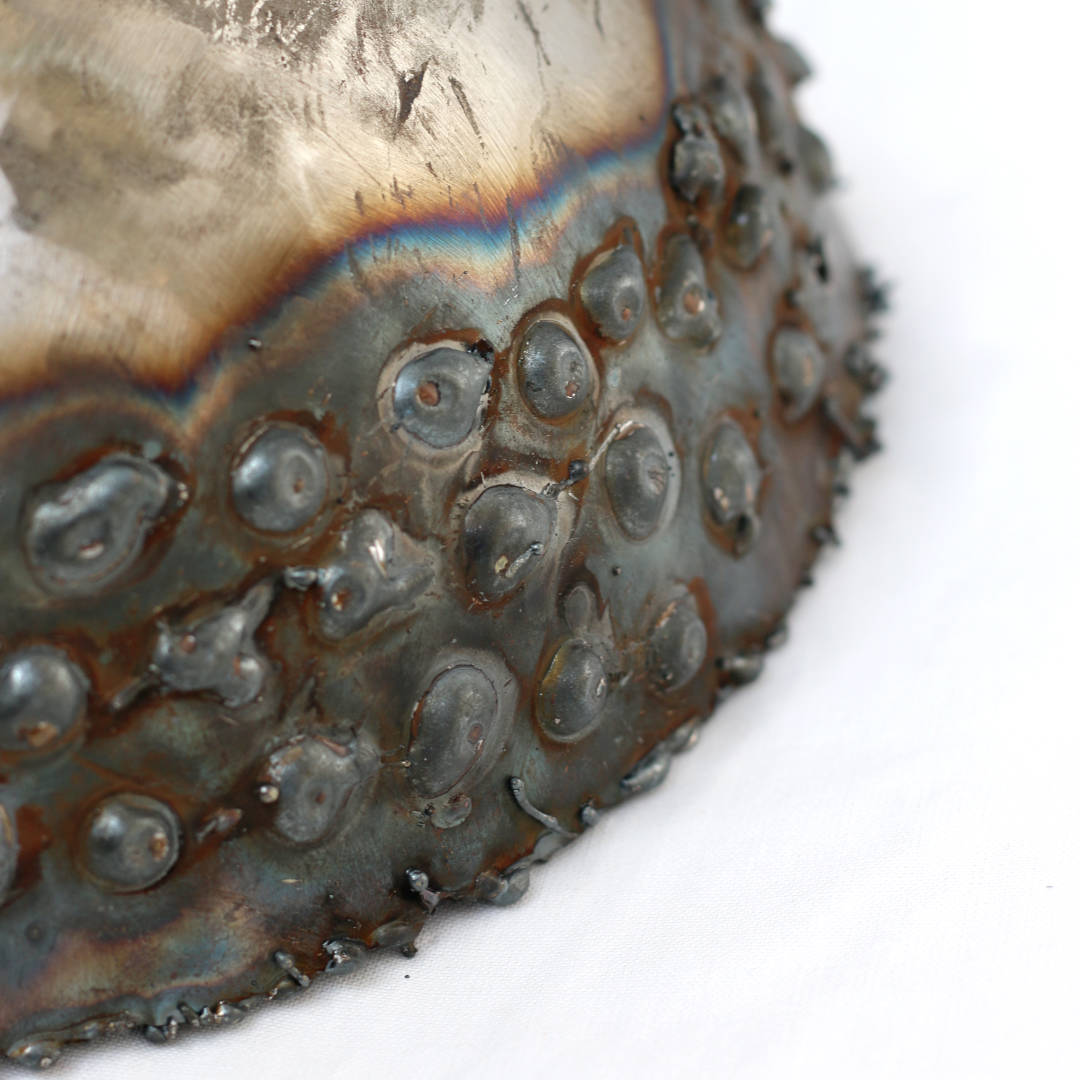 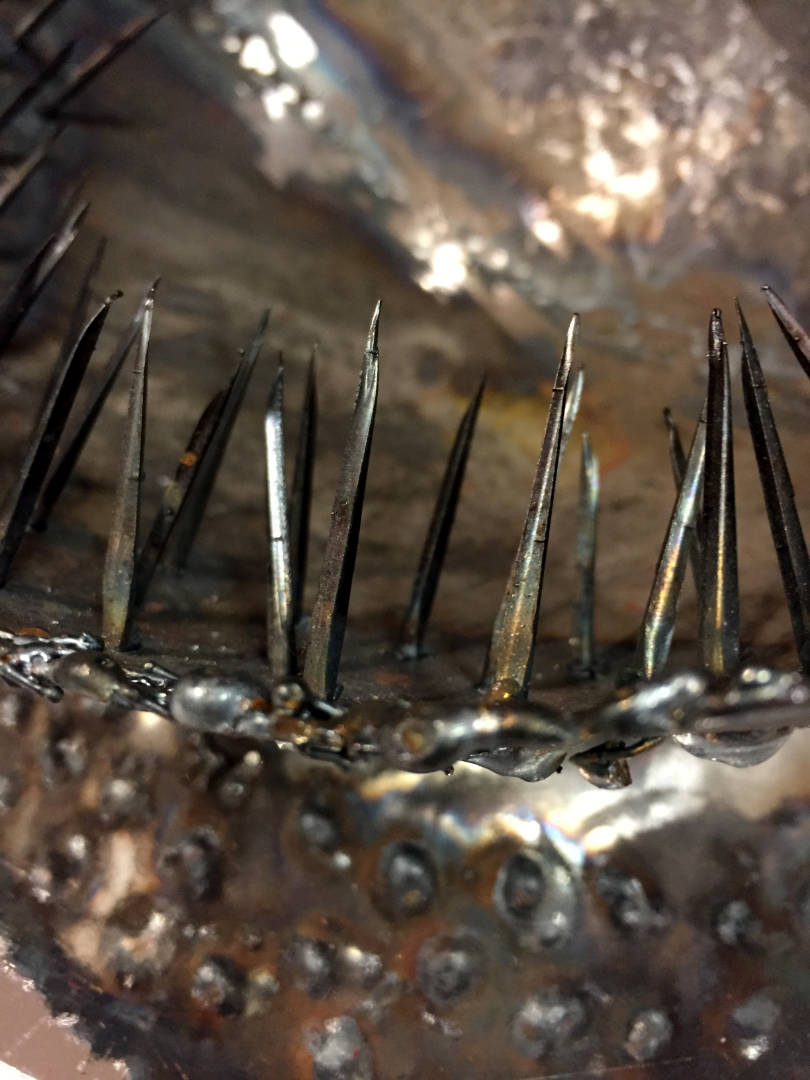 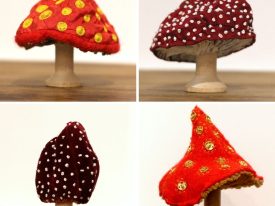 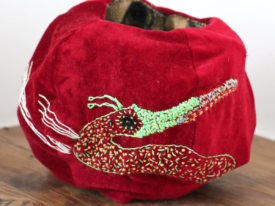 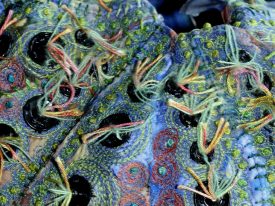 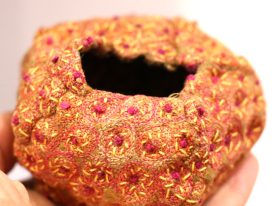